K.F.P.S. 1954 Isle of Thanet - Ramsgate - 15 May 1954.
This Federation Day was organised by the Isle of Thanet P.S. and was held at the San Clu Hotel, East Cliff, Ramsgate, the venue was also the setting for the K.F.P.S. A.G.M. and lunch, but the tea was held at the Ambassadeur Restaurant. There is a signed lunch menu and it was attended by Miss E.J. Jones of the B.P.A. and the Mayor and Mayoress of Ramsgate. The Isle of Thanet P.S. also staged an exhibition open to the public for three days from the 13th to 15th May, on the 15th the Grant Cup competition entries were also on view. The winner was Mr. Les Meadows of Gravesend & District S.C. with an entry of G.B. line-engraved issues; runner up was Mr. Ralph Kemp of the
Whitstable P.S. with sheets illustrating the effects of repairs to printing plates.
Mr. H.C. Hayward of the Isle of Thanet P.S. was the K.F.P.S. president and there are three sheets of member’s signatures in the “signing-in” book. A special souvenir envelope was produced for the event with the meter mark in red, it cost 6d. (2½p) including postage. 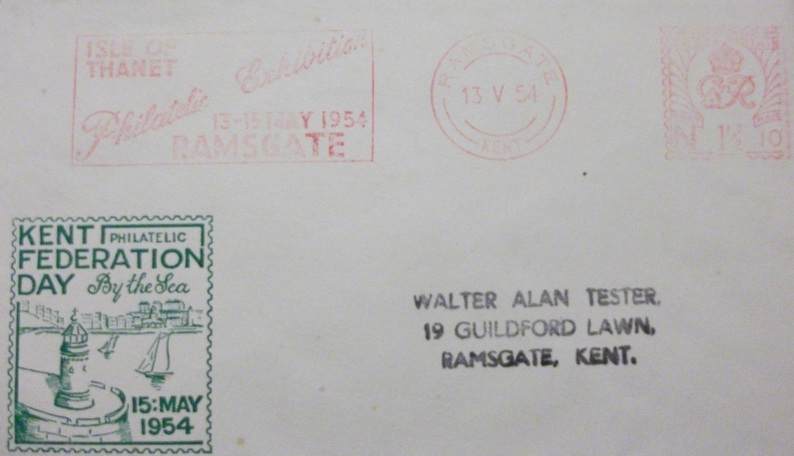 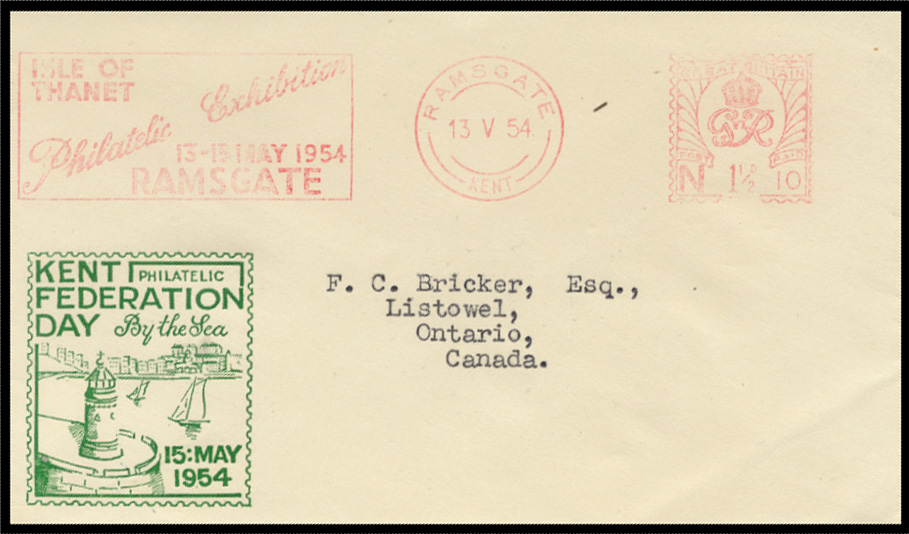 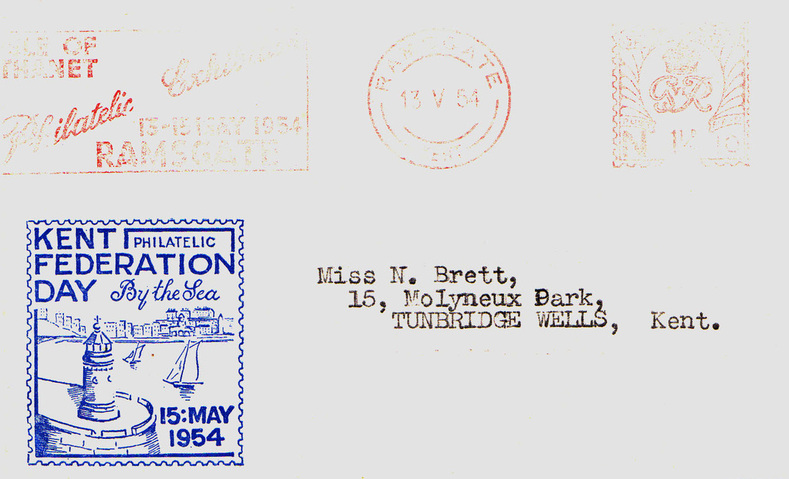 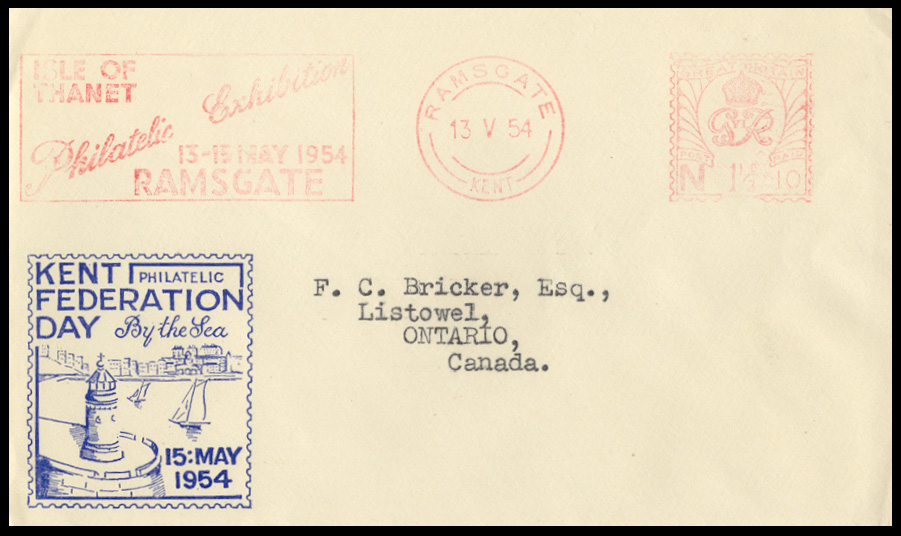