At the North West Kent Postcard Club fair in Gravesend on Saturday, 26th January 2008, I purchased the two small plates illustrated below, which were produced for the K.F.P.S. Federation Day held at Dartford on the 27th May 1961.
The cream one (top) shows the 1840 Penny Black with the corner letters “D.D.S.C.” (Dartford & District Stamp Club), and the green one shows the 1854 Penny Red Star with the letters “A.S. or A.G.?”, which I presume are the initials of the person who designed and/or made them. On the reverse, impressed into the pre-fired dish are the initials “kp”, but due to the shape of the “k” it may be “bk” if viewed from the front of the dish.
A programme was produced for the event, which has twelve pages and there were four pages in the “Signing In” book.
The event was held at The Clubhouse of J & E Hall Ltd., Kingfield Terrace, Dartford and hosted by Dartford Stamp Club. It was the fourteenth Federation Day and Alex (W.A.) Page became The Kent Federation President at this event.
The Grant Cup was won by Woolwich & District P.S. (for the second time) with an entry based on the Chinese Imperial Post by Lionel Prescott, second place was the Isle of Thanet P.S. with the 1920 Five Heller of Liechtenstein and third place was the Cinque Ports P.S. with Tonbridge Postal History.
Michael R Thompson (with help from Judith French). 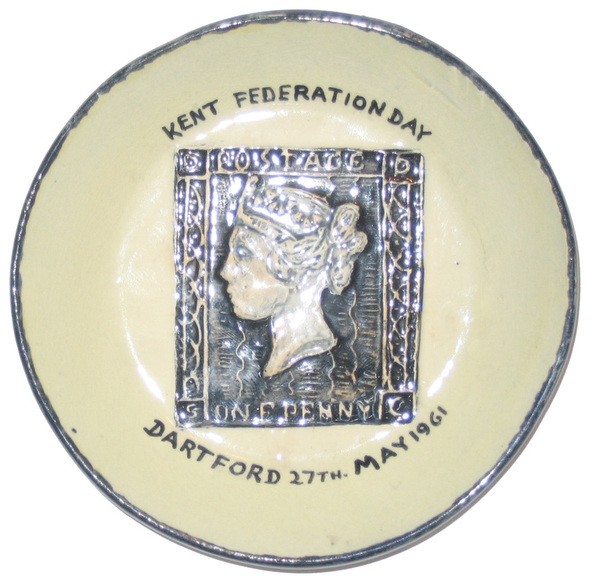 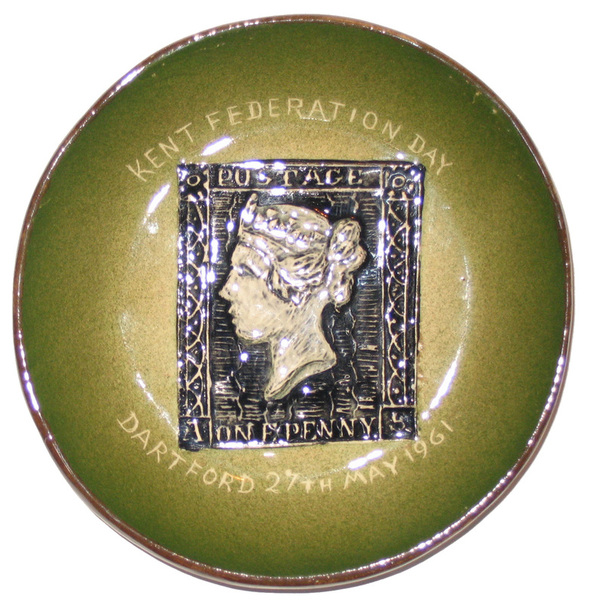